Who are you? A lawyer or so much more? 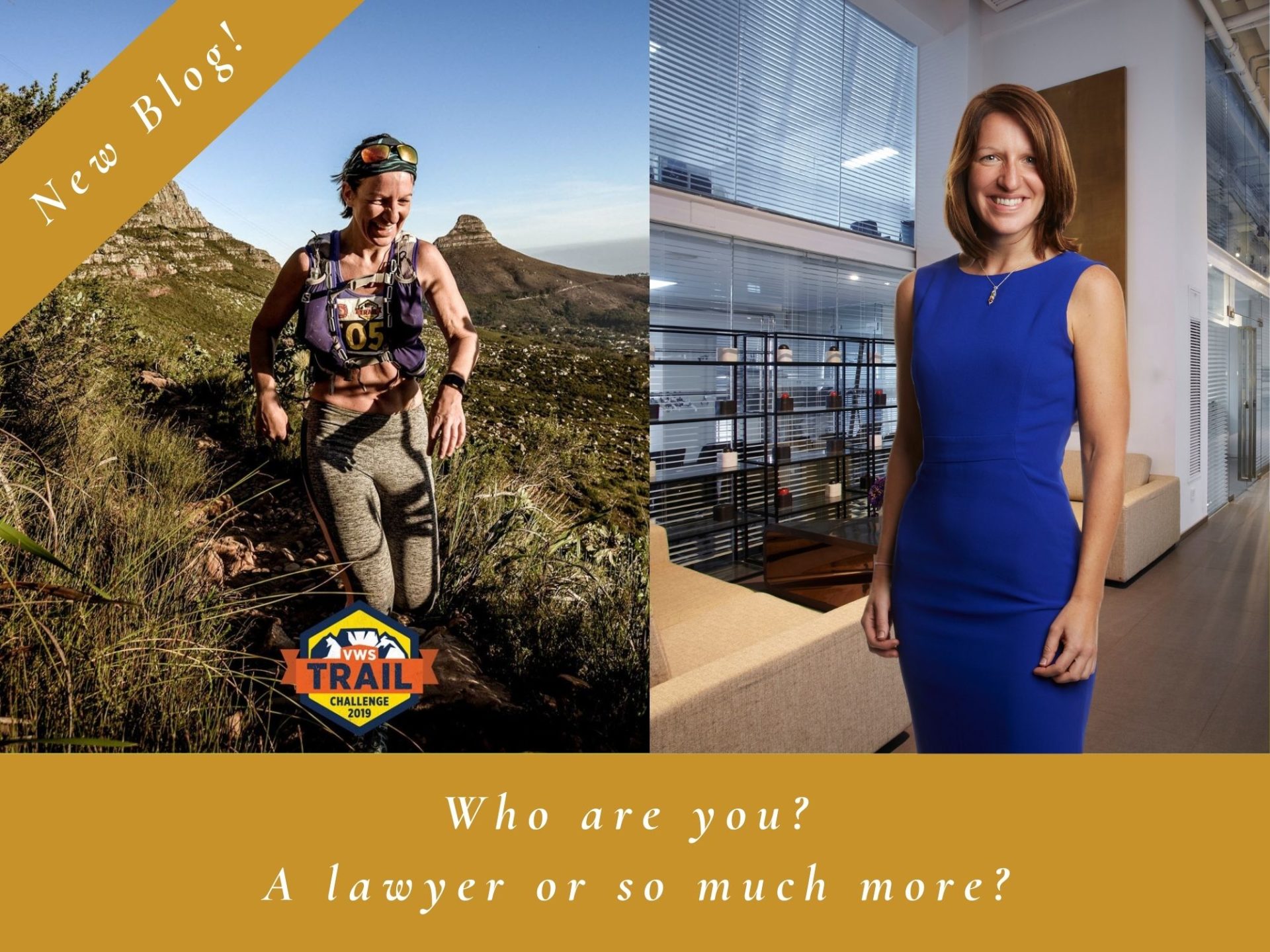 WRITTEN BY ALICIA KOCH, FOUNDER OF THE LEGAL BELLETRIST

I am a lawyer. And that is it. Nothing else to let anyone know who we truly are. Besides our professional title.

Where are our other identifiers?

Our identity as a lawyer

Is our whole identity just that – a lawyer? Does that really describe who we are at the core? Where did all the rest of our personality, interests and roles in the world disappear to? And why do we choose our professional title as our soul identifier?

Perhaps it is society’s interpretation of the title of “lawyer”? Being a lawyer seems to signify to the world that we slot into a respectable bubble. Without the need for further explanation or introduction. People assume that we are wealthy, have a big home, go on holiday to exotic locations. That we are intelligent, hardworking or more accurately, workaholics, who bring home big salaries and have no social lives outside of the office. Stereotypical. Sometimes unfair. And we are expected to act in this scripted behavior pattern. Even if it is not us.

But in a lot of instances, saying that we are lawyers can be comforting – we work hard for the title, for the recognition. For the respect. We have earned our “stars and stripes”. Even if the perception of “who a lawyer is” is not entirely accurate. Or fair.

Aren’t we more than just “lawyers”?

And how does this limited definition of who we are affect us – by solely identifying ourselves as lawyers? What do we lose as a result? What does this persona prevent us from being? From doing? It is limiting. Unfairly so. Because we are so much more than just lawyers. We are more than our titles and our jobs. We are multifaceted human beings with varying interests and hobbies.

Who we are extends beyond how we earn our living. Even if we love how we do it.

Being an imposter (not to be confused with imposter syndrome) means exactly what you think it does. By relying on other people’s perceptions of ourselves (whether it be our partners, family, friends or colleagues. Even strangers), we become imposters in our own lives –

Mirroring what other people expect from us.

This “mirroring”, for a lot of us, results in a level of “stuckness” that is seemingly impossible to dig our way out of. I know stuckness is not a word. But it describes the feeling of being so stuck in the grit and slime of it all – the all that is everyone else’s ideals, ideas, assumptions and perceptions that we cannot see the forest for the trees.

Can you feel the weight of it? The stuckness, the stickiness. Like dirt and grime under your fingernails that you just cannot get clean, no matter how hard you scrub…

Your daily reminder of the something that is “there” but seemingly just beyond our reach. Mainly because we are walking around with blinders on. Not focused on our prize or goals. At least, not the ones we set for ourselves. These blinders are everyone else’s expectations, fears, hopes and dreams.

And the weight just gets heavier. The stuckness, the stickiness just becomes gooier.

My experience – losing myself to the lawyer

I can relate. These are not the rantings of a deranged mind. But a free one. One that has been through the “changing”.

I recall stumbling into law school because I wasn’t sure what I wanted to be. But my parents were. I recall stumbling from first year to final year, on to articles and the bar exam. All because other people knew I should. I recall again stumbling from one legal role to another, all because I was good at what I did (for the most part). Recruiters believed in me. My bosses believed in me (for the most part) and my family was so proud of me.

I was the first lawyer in the family you know.

This belief and pride (while wonderful) became my blinders. Created my own stuckness.

And it certainly didn’t help that these blinders were further blackened by the fact that with the roles and “accomplishments”, the salaries got bigger, the house moved to a fancier neighbourhood, my car became faster. I was fulfilling the scripted role expected of me.

The stuckness that started to emulsify and gurgle under my feet.

I wanted to join a yoga class but I simply couldn’t find the time. I wanted to comment on Facebook but it was “unbecoming of someone in my position” – I was representing clients, my company. And not myself. I couldn’t say that. I did not have my own opinions anymore. And that was stifling. For me at least. I wanted to join an art class but they were usually after hours and during the week. I honestly didn’t know what the meaning of “after hours” was. I was always on call and always available.

Even the “empty” hours at the very end of my day were filled with feelings of guilt for not actually finishing the work I should have finished before leaving at 10pm that night. Guilt that was further fueled by the shame I felt for not taking proper care of my body. Guilt that was further fueled by not spending more quality time with my husband. I was tired. No, exhausted. And felt so guilty.

And that was no longer enough.

The changling – The lawyer and so much more

Looking in the mirror one day, the person looking back at me had changed. It was subtle at first. But instead of going to bed every night racked with guilt for so many reasons, I started to think about all the other things in life that I was missing out on. The yoga class, the art class, the weekend away with my husband. Planning an overseas trip. Going to the spa. Seemingly every day things. But not ones I dared imagine. Before the change.

And by slowly changing how I felt about the world around me, I also started to recognize everything I now wanted to do. And I started to look different. Happier. More determined to build the life I wanted to live.

More determined to define Who I was. By my own measures. Lawyer as well as everything else that makes up who I am.

I had become a changling.

As an adolescent I dreamt of being centre stage citing famous lines from the likes of Tennessee Williams, Peter Shaffer and Ben Elton. Maybe not on Broadway. Off Broadway was good enough. I dreamt of being able to express myself, without the wrath of other people’s disapproval – you’re a lawyer, you can’t say that. Can’t be that.

I dreamt of words. Big words. Of feelings and expressions. All Big. Big. Big. But my own Big.

And I wanted to do that. To be that. To describe that, in my words.

Becoming more than just a lawyer

It is a sacrifice.

It was never going to come easy. Change never does. And it never happens overnight.

I think that is one of the failings of wanting to make a change – this immediate gratification that we have seemingly developed. We think it will happen immediately. Like I have made the decision now everything must be different. But this just isn’t reality. Unfortunately.

In order to live the life we want, to be doing the things we want to be doing. By defining ourselves by our own measures, one has to make a plan. One needs to make sacrifices. And that’s ok. Trust me. It can be done.

This often involves reaching out to professional coaches such as Frieda Levycky of Braving Boundaries who is able to listen to your feelings, to your fears. Who understands and empathises. And who can help you determine what steps you should take to make your dreams a reality. It is a process. But a worthwhile one.

But it can (and should) be done.

I may not be famous like Tennessee Williams or as controversial as Ben Elton. I haven’t written epic plays like Equus. But I have been to Broadway (I was in the audience), I have visited Tennessee, I stayed in the hotel in New Orleans where Tennessee Williams wrote “A streetcar named Desire”, I am able to enjoy a yoga class every Monday morning and a night cap with my hubby (almost) every evening – this is a no judgement zone.

And (most importantly) I get to write to my heart’s content every single day. I have defined who I am, without the need for the script, expectation or anyone else’s assumptions.

I am a lawyer and so much more.

And my hope is that the next time I am asked the question – Who are you? – I can simply say–

I am Alicia, wife to an amazing man, mother to four cats (not dragons), lover of words, poetry, art and travel – a renaissance woman in the making. A whisky drinker and wine appreciator. Foodie. Someone who prefers a feast of friends to the giant family. Devotee of old music. Lawyer. And The Legal Belletrist.

I am more than one thing! We all are.

To thine own self be true”

About the Author, Alicia Koch, Founder of The Legal Belletrist.

Alicia, an admitted attorney with over 10 years PQE, and now a legal writer and researcher, has established The Legal Belletrist to assist companies (in different sectors) to write well-researched articles that speak to each company’s core business, enabling growth and commercialism.

Can I be honest?

I know how hard working in the legal world can be sometimes. When times get tough, we just need to know that someone gets that and can help us through it.

The monthly newsletter tackles a full range of topics experienced by legal professionals – both personally and professionally. Sign up, so you have it handy, as and when you or your team need some inspiration.