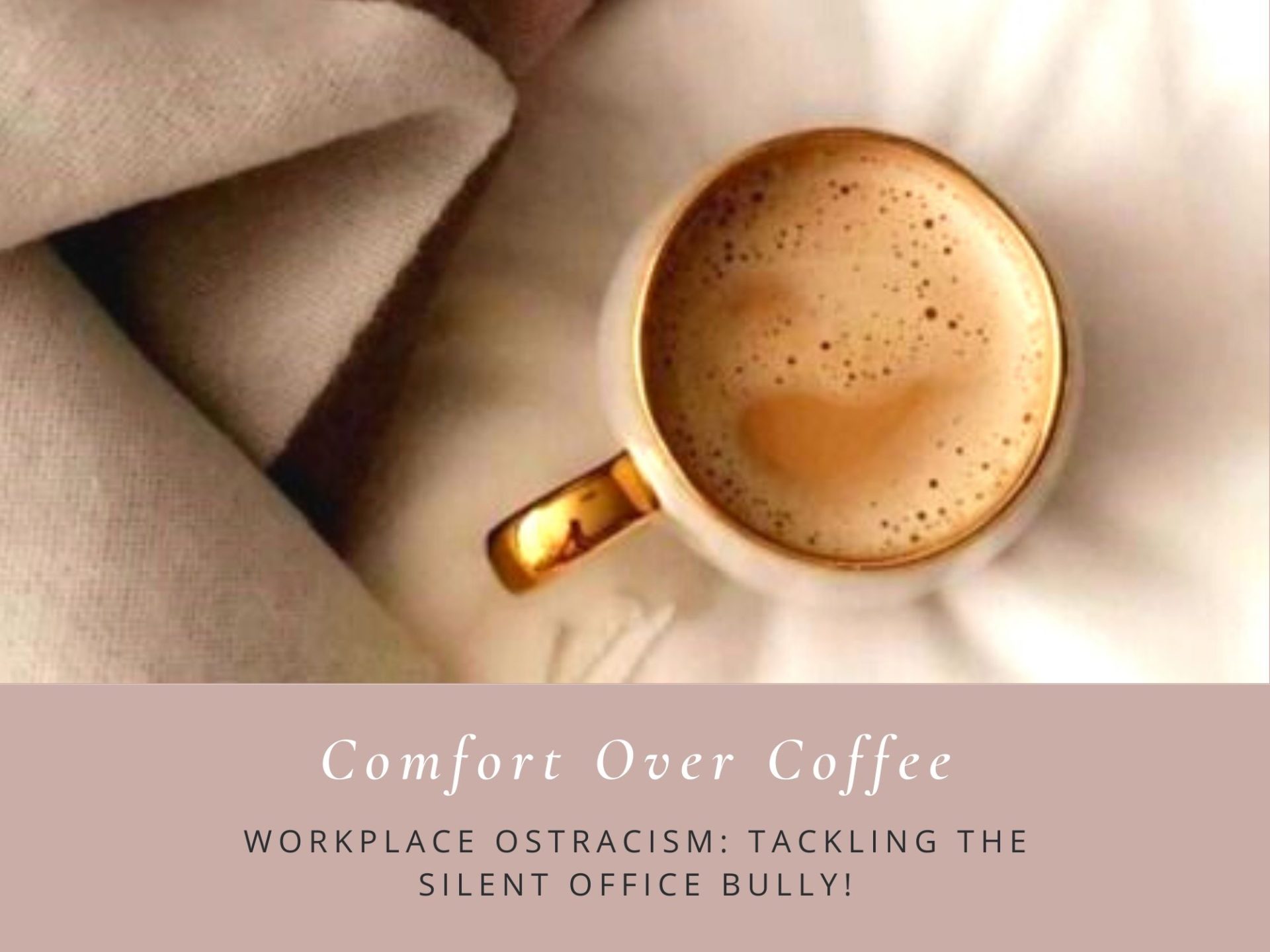 Cast your minds back to your days as a child. Lunchtime has arrived and you merrily make your way out into the playground (skipping rope in hand) to play with your friends. You see them over in the far corner, chatting and laughing away, so make your way over. Only, when you arrive, the conversation stops. There is a coldness in the air, but you bravely ask them what they were talking about. “Nothing important” says one of the children. Silence again. “Anyone fancy jumping rope?” you ask more timidly. Silence. There is a clear sense that you are not welcome. So, awkwardly, you walk away: confused, sad and alone.

Unfortunately, ostracism (also referred to as: social isolation, abandonment, social death, being shunned, social exclusion, and “being out of the loop”) is as common a phenomenon in the workplace as it is in the school yard. So much so, that it is recognised and identified, more often than not, as a form of bullying / harassment under most law firm and corporate anti-bullying policies.

We all claim to be against bullying, and yet I still hear accounts from clients and friends who have suffered from social exclusion at work and the impact that this has had on their emotional, physical and mental health. In fact, I hear more complaints about ostracism than I do harassment.

What is workplace ostracism?

Workplace ostracism occurs when: “an individual or a group [the ostraciser] neglects to take actions that engage another organisational member [the victim] when it would be customary or appropriate to do so”.

Unlike harassment which requires direct engagement between the bully and the victim (e.g. harming, demeaning, belittling, causing personal humiliation), the primary objective of the ostraciser is to disengage with the victim; to disconnect, isolate and not involve.

Some examples are as follows:

This omission of behaviour is what makes ostracism such a difficult phenomenon to address. First, there is a dearth of physical evidence of the behaviour. And, secondly, finding an excuse for such behaviour is easy:

You get the picture!

It is the indirect nature of the treatment, and the ease with which the perpetrator can justify their behaviour, which inhibits employees reporting the treatment.

For someone who thrives off connection and has an intrinsic need to please people, being excluded was one of the hardest things I’ve had to deal with. I’ve experienced ostracism twice in my career. The first from a superior. The second from a peer group. For the purpose of this article, I’ll focus on the first instance and describe some of the behaviour which I experienced.

Following a fun and busy weekend, I walked into the office on the Monday to be greeted with silence from my superior. I hadn’t really noticed it at first, but soon I realised that they were engaging with everyone else in the office except for me. Every time I tried to speak to them, eye contact was avoided, or a meeting magically appeared that they would need to attend. Eventually, after three days of silence, I had the courage to ask for a meeting to discuss the situation. After some resistance, the meeting was held which I thought resolved the issue. But, a few days later, the behaviour re-started just in other forms: Barbeques were held to which I was no longer invited; friendships were formed with my closest friends in the office; my opinion was no longer sought; coffee breaks were held without me. I felt like a pariah! I tried to work harder to re-gain favour. I tried to ignore it. I tried speaking to my friends outside of the office to try to understand what I’d done to deserve this punishment. It became all-consuming – impacting not only my professional life, but the worry and concern was a constant weight on my personal life too.

The situation continued on and off for six months. I spoke informally to the HR team (who I trusted), but every time I tried to describe the behaviour and the impact it was having on me, I felt so pathetic. The things I was complaining about sounded so childish. I was upset because I wasn’t invited to a party. I was hurt because my opinion was never asked for anymore. I was sad because they wouldn’t talk to me.

But it was this daily occurrence of repeated exclusion that took its toll. I felt like I was walking on eggshells every time I walked into the office. It was a consistent reminder that I wasn’t wanted, I wasn’t liked and I didn’t belong.

Why is ostracism so damaging?

Every human being has a fundamental need for connection. That need to belong – to have a sense that one is valued and accepted by others – may be the most fundamental social need humans have. When you deprive someone of that greater social need, it can have a knock-on effect on their health, their levels of stress and their emotional and psychological well-being.

And yet still, despite the effects being more damaging than harassment, ostracism is still seen as less reprehensible (and therefore less serious) than negative engagement.

Why do people resort to ostracism?

Consider the situations where you have experienced an individual being shunned in the workplace. How were they perceived to threaten the ostracizer?

Whatever the motivation, ostracism sought to remove power from that individual (the perceived threat) so that the ostracizer could retain some semblance of control.

So, what can you do if you find yourself being ostracized?

If you are currently experiencing ostracism in the workplace (whether directly or indirectly) and need someone to talk to, then why don’t you drop me a message and we can arrange a one-on-one coaching session.